Find the Perfect Floors for Your Home - from Your Home

Three Steps to Find Your Match

Talk to an Expert

Schedule a call with one of our flooring
specialists to get started today!

Select 3 flooring options from the
bestsellers in your area with our help.

Use our Room Visualizer to instantly see
how the product fits in your space.

Talk with an flooring expert to find what's best for you

Ensure you make the best decision for your space by speaking with one of our flooring specialists in your area. You’ll end the call knowing everything you need to know to find the perfect match for your space. Get started with a scheduled call or give us a call right now!

Select Three Bestsellers in your Area 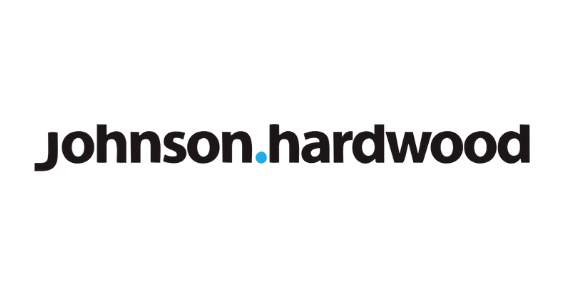 Use our Room Visualizer to instantly see your floors

Skip the hassle of going to 10 different flooring stores when you use our visualizer. Simply upload a photo of any of your rooms, select any product, and instantly see a realistic, virtual rendering of the floors you choose. Click below to try it now!

S&H Flooring Grapevine
3.3
Based on 16 reviews

Wren Ludlow
20:29 10 Jul 21
We just bought a home in March 2021 and needed to replace a majority of our flooring due to the previous owner's pets ruining all the carpet. I give S&H a 3 star, mostly due to issues I had with the installation process and post-installation quality checking. Seems like an overall great company but an ok experience.The great:The S&H office staff were incredible to work with and the estimation process was clear and smooth. Henry and others were good at answering all my questions and hashing out different scenarios. Floor selection and price seemed on par with other companies we explored if not slightly better. S&H also showed a good willingness to customize the service (in our case, treat the sub-floor to make sure no residual pet smell was left). This separated them from other companies we tried to work with who weren't willing to do anything outside a straight-up installation.The not-so-great (borderline bad):We replaced about 2,500 square feet of flooring which took 2-3 days of installation time. Couple instances where the installation quality was lacking:1) When installing new carpet on our staircase the first couple takes there was large noticeable bubbling on some steps due to poor carpet stretching. The lead installer had his guy redo it a couple of times but there was still very noticeable bubbling on steps. When they came back for the 2nd half of the job the lead guy did it himself and that seemed to fix it. They would have just left it if I hadn't said something multiple times.2) We put vinyl in a lot of previously carpeted rooms which required shoe molding to cover the gap along the edges. The shoe molding used by the installer had a lot of obvious scuffing, scrapes, and noticeable abrasions that made it look like it had been previously used or wasn't quite finished. I asked the installer and he said he buys that shoe molding in large bulk so that it's cheaper, and if I wanted it to look better I'd need to sand, paint and treat it myself. This was a surprise since I was paying over $11,000 for the job and wasn't aware I'd have to pay a separate service to make the molding look decent. The installer felt bad when I was frustrated so he took caulk (yes, caulk!) and spread it out over the scratched areas of the shoe molding to make it look better. That was a nice gesture, but that seemed to pile on to the situation where if the molding didn't look like it had been purchased banged up from a surplus store things would have been fine.3) You the customer are 100% in charge of the final quality check as well as keeping quality on track through the installation. I felt like I had to kind of micro-manage to make sure obvious things weren't missed, like pet-treating the rooms I had asked to be treated, making sure the floors were properly leveled, etc etc. I'm a new homeowner and am not very handy when it comes to construction type things, so it felt very intimidating feeling like I had to ride the installation crew through the process and sign off on the final quality check. It would have been nice if one of the folks from the office or a final quality control person separate from the installation crew was able to come do a final sing-off in addition to the customer signoff. In general I think it would have been a much more enjoyable, less stressful experience if someone from S&H was catching and correcting those things along the way, not me.I try to be not too picky as I get things aren't perfect but through the process it was uncomfortable feeling like I wasn't getting the best quality installation but not knowing what recourse or how best to articulate or adjust things along the way. The crew was very nice and hardworking for what it's worth, and they seemed to be a sub-contractor for S&H so I'm not sure what the arrangement is there.Overall S&H is a great local company and they installed high quality flooring, but I'll caution to just be comfortable with doing quality checking yourself and being close to the installation process to make sure nothing is missed.

Romeo Tejada
21:29 16 Mar 21
Would definitely recommend S&H flooring to anyone looking for flooring. Walking in the staff was friendly and knowledgeable. They have a great selection of product from all the best manufacturers like Shaw. I was impressed by all the product they have in stock, that could be ready for install ASAP. Highly recommend this place.

Leslie Christensen
00:38 19 Nov 20
Angela N. in Sales at S&H flooring is absolutely wonderful! After our home flooded, she helped us with our carpeting, tile and hardwood needs/evaluation. For a month and a half she was available as needed, dropped samples by our home, and helped us choose the absolute perfect carpet. She was so helpful in anticipating our needs and guiding us to the perfect flooring choice. If you have flooring needs, just ask for Angela N. on the sales side!

Rob Morrow
00:14 06 Nov 20
Spent about $10k here for vinyl plank in my huge house. Floors leveled, fireplace and trim undercut, pattern carpet on the stairs. All said and done, I'm happy with the purchase and financing options. I don't like the final inspection being left up to the customer, but the end result was a good value.Waylon was very patient with me and answered tons of questions, and happily redid my quote many times.

Katie Lee
18:21 15 Oct 20
S&H flooring installed all my hard flooring and beautiful carpet. It looks very very nice and was done in 3 days. What I appreciate is that once the flooring was torn out, they discovered a leak coming from my bathroom. I appreciated the recommendation they gave me to ensure that they did not install the flooring until the leak was fixed to prevent further damage to my home. Additionally they were able to coordinate with me and complete all of the work even while I was out of town.

Hazel Ray Cameron
22:46 21 May 20
I spent all day looking for a carpet variety that no where else had in stock to cut for me. I needed it very last minute and Lonnie solved this for me in less than ten minutes! Excellent customer service and delivery. I knew it would be a rush job in the time frame I'd given myself, and didn't expect anywhere to deliver. Last minute, Lonnie and S&H pulled through at a very reasonable price. Perfect experience!

Frank Arango
16:13 17 Oct 19
(S&H Flooring aka Dallas Flooring Warehouse) My review is lengthy but I hope you read and decide against this company so you don’t find yourself in my situation as a result of this poor company. About 4 years ago, this company installed wood floors in my home after a slab leak repair. Two rooms in particular had known high moisture issues with the Quality Control Manager (Richard Jackson) being present in my home before the install. They waited for it to dry, then installed floors. Fast forward to now, these two rooms deteriorated because of the higher moisture content and the fact this company DID NOT install any moisture barrier protection even though they knew it was a concern in my home. I gave this company an entire month to make it right and fix my floors, at the very least asking for a concession on pricing since their lack of preparation and install had my floors in jeopardy the entire time. During this month time frame, they regularly did not return phone calls nor emails, the salesman (TREY) was rude on the phone after the point of sale since obviously he was concerned with commission only, the QC Manager (RICHARD JACKSON) did visit my home, acknowledged being in my home before and remembering the moisture concern, but NEVER discussed with us moisture barrier options. After Richard left my home, he never returned my calls or emails to this day. The only truthfulness came from two separate installers sent by S&H to look at my floor, as they stated the floor should have never been installed without proper moisture protection techniques, little did they know at the time it was S&H who installed it! At the very end, after an entire month of pulling teeth with everyone who works here, a manager named Anthony stepped in and provided a quote to replace floors. The quote was at 100% retail price with no concession for their failed installation, poor service, and rude behavior. I was patient and gave this company over a month to “make it right”, they failed miserably and were rude in the process. A flooring company should be experts in their field, after my month of research I knew more than the salesman who tried suggesting inferior solutions to wood moisture issues (using RedGuard is not applicable for wood flooring!!). In the end, after much research, I replaced my flooring with another company, but at a significant cost I should have never had to incur. AVOID THIS COMPANY AT ALL COSTS!
‹
›

Call us to get started today!

Ensure you make the best decision for your space by speaking with one of our flooring specialists in your area. Get started with a scheduled call or give us a call right now!